I met Japanese Designer Yukari Nishiyama in Tokyo last fall at a family friend’s dinner….she and her mother Hiroko design and make beautiful gowns out of vintage silk kimonos witch they brought for me to try on after dinner…..what a fun night we’ve had doing a mini fashion show in this old traditional Japanese house ! 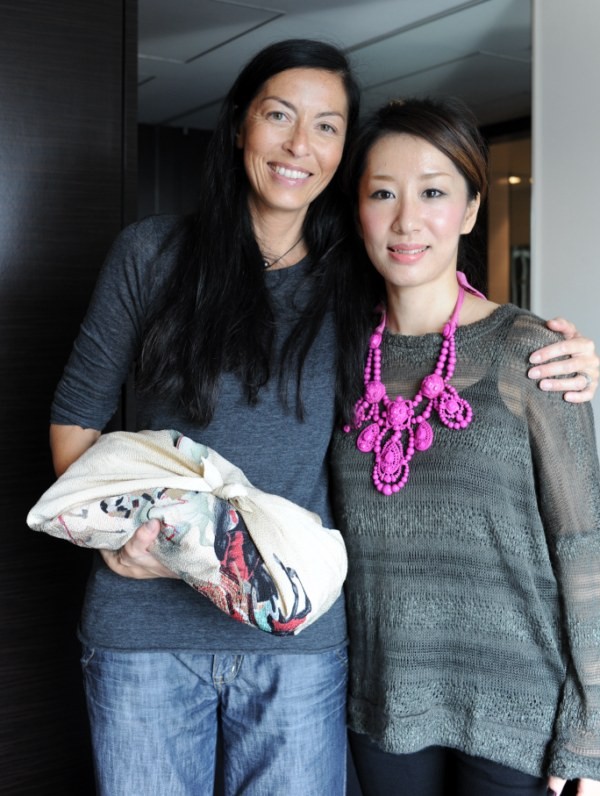 Yukari and I holding a furoshiki wrapping my dress 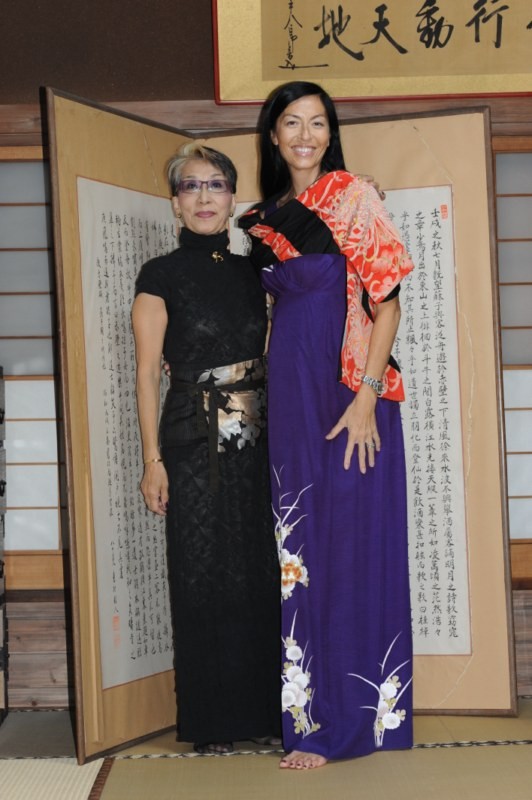 Hiroko and I  wearing one of their  beautiful gown 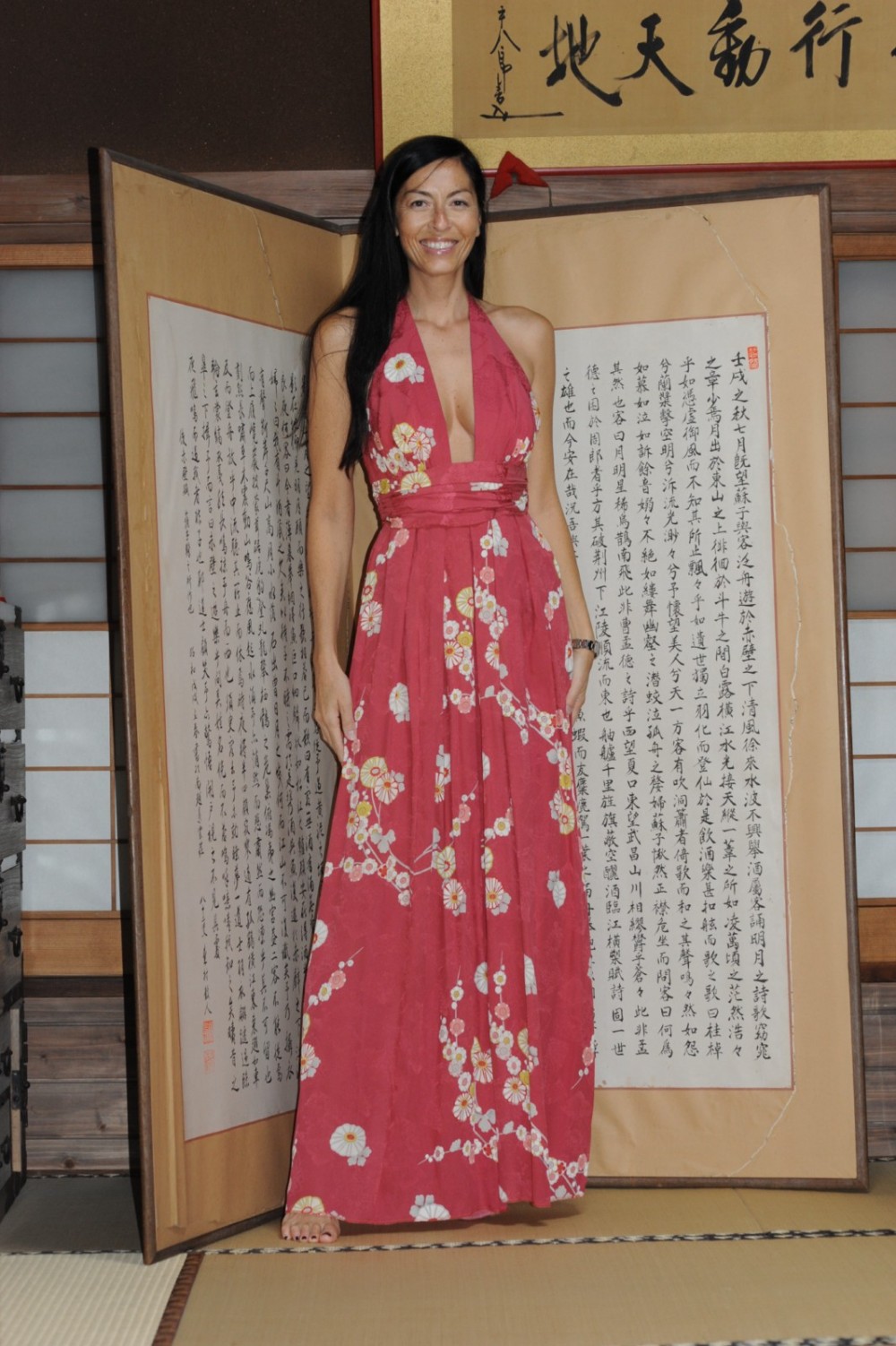 I wanted to take them all…how to decide ?? But this will be the one … 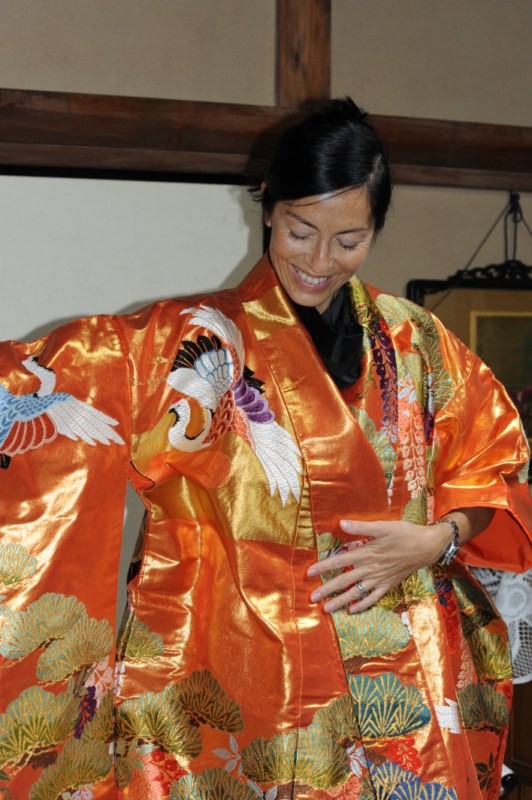 Trying on a wedding kimono before Yukari will transform it into an evening dress. 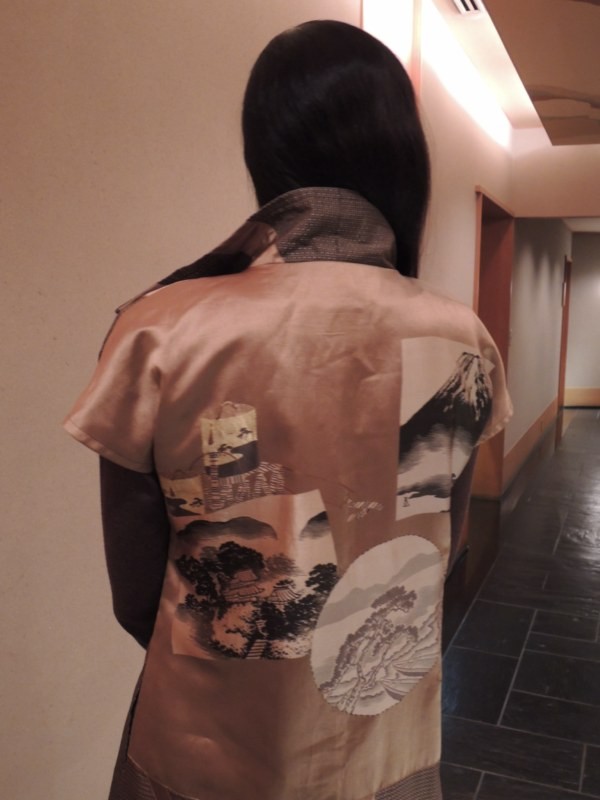 I wore this jacket in Tokyo one night and was surprise that a lady in full traditional  kimono went up to me to chat and make sure I was aware that  this was the inside of a men’s kimono and that is was rare to have such design inside a kimono ( people in Japan do not engage in conversation like here …specially not to strangers in the street .That jacket must be really special ! ) 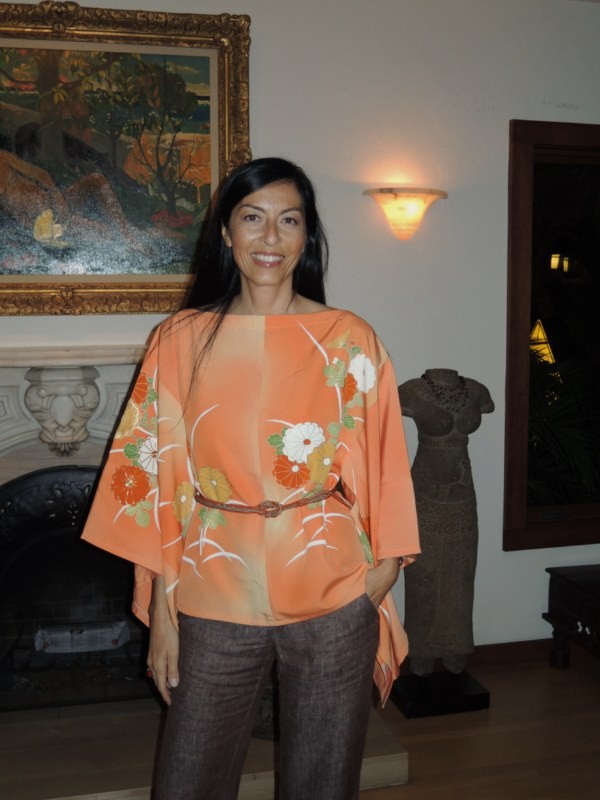 Wearing my blouse this Thanksgiving !

I loved my new friend Yukari’s unique purses so much , I wanted to share with my clients and decided to import her clutches made from vintage silk brocade kimono belts ( Obi ) . I hope you will love and appreciate her work as much as I do …

Here are some of the purses we just received ! 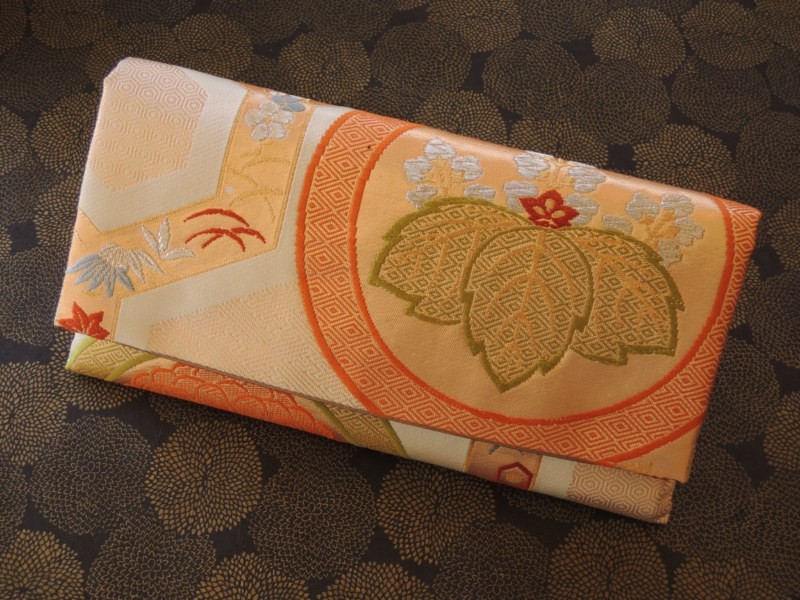 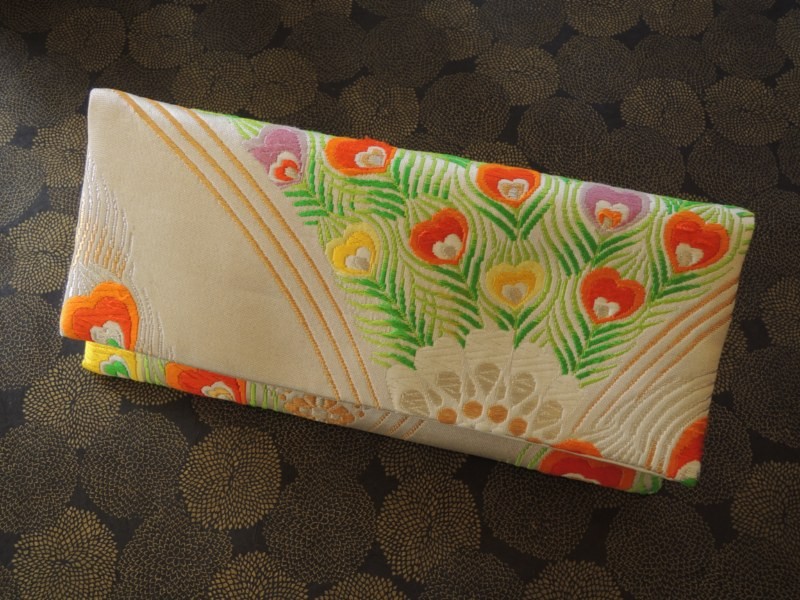 I know it may sound like a strange fit for our little french store but it is part of my heritage as some of you may already know that I am   half French – half Japanese !

I  got my 5’11 figure from my French dad of course  and his freckles !

Growing up it was a bit bizarre and totally normal at the same time for me to have a mix of Provencal and Japanese decor in our home  or  to eat ratatouille for lunch and sashimi for dinner!! I knew of course that my grand parents were japanese but it became more real after I went to Japan for the first time 6 years ago and met my Japanese cousin still leaving in the family’s house in Yokosuka south of Tokyo . I had not seen any photos of him  before or even some of my grand parents when they were young … going through the family photo albums in Japan was an emotional moment , a discovery  of my roots and an appreciation for the journey my grand parents took so long ago  .

It all started because Monsieur Gustave Carpentier, a french banker  living in Japan, met and married Saku Kaneko : my grand father’s sister ! When Mr Gustave Carpentier retired , the family moved back to the south of France where he bought a farm and was planning to make some wine  . In Japan a recession was hitting people very hard at that time and in 1922 my grand father Kakuji Kaneko and his wife Fuji Okamoto  decided to move to Provence as well to take care of Mr Carpentier’s farm and winery . My family was some of the very first Japanese settlers in France . They tried as much as possible to blend in and to integrate their new country . My mum and all of her brothers were born in France and unfortunately they never learn Japanese but my mum learned to cook and make ikebana flower arrangements and she passed it down to me as well . 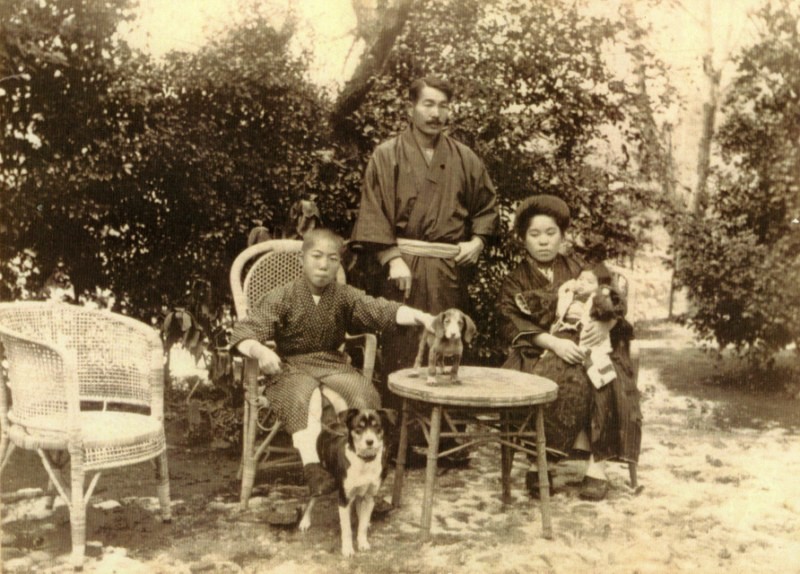 My grand father , his nephew , my grand mother and their fist daugter Saki

in Provence soon after they had moved

Photos in my cousin’s family album

Toshi , Georges , Saki , my grand parents , Pierre and in front my mum Suzanne 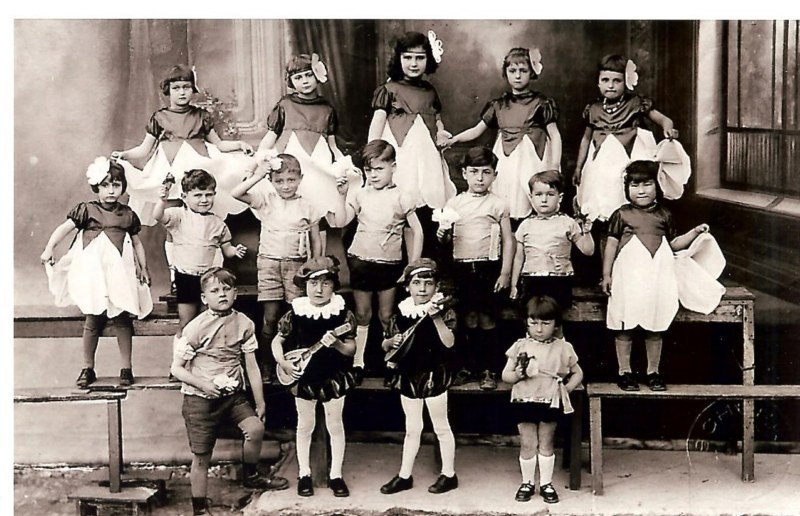 Here with my mum and grand mother 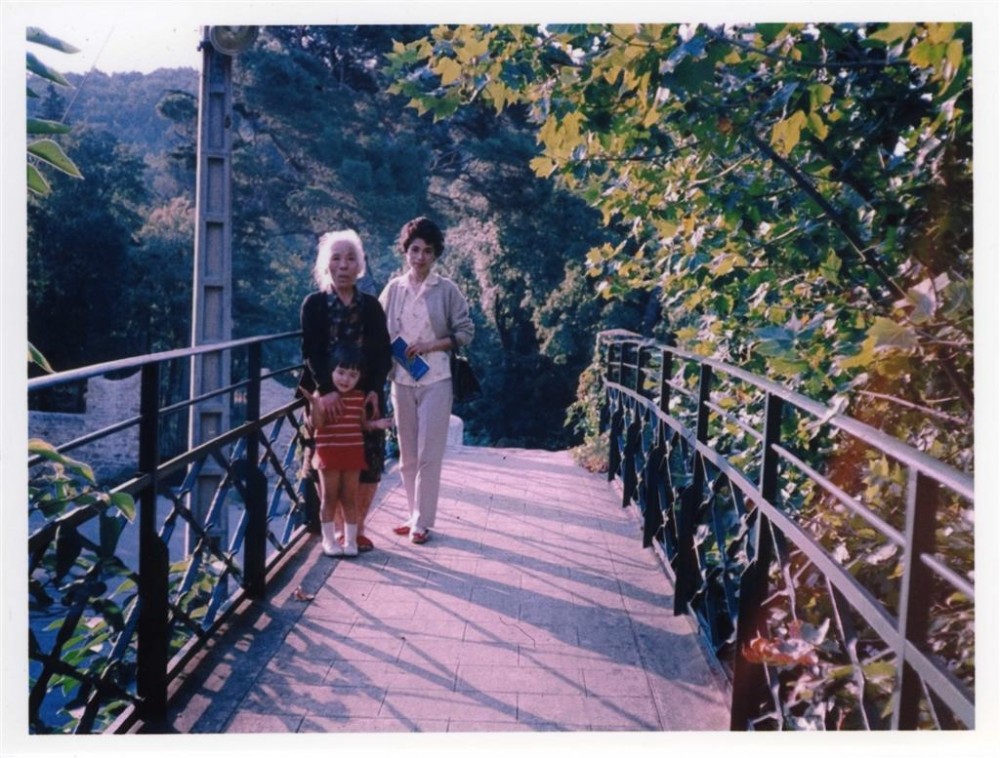 With my grand mother and Masako my mum’s japanese friend . Masako was a student in Aix en Provence at the time and became very close to my mum . She still is …and became friend with the Okamoto family in Japan where she leaves in Yokosuka as well. 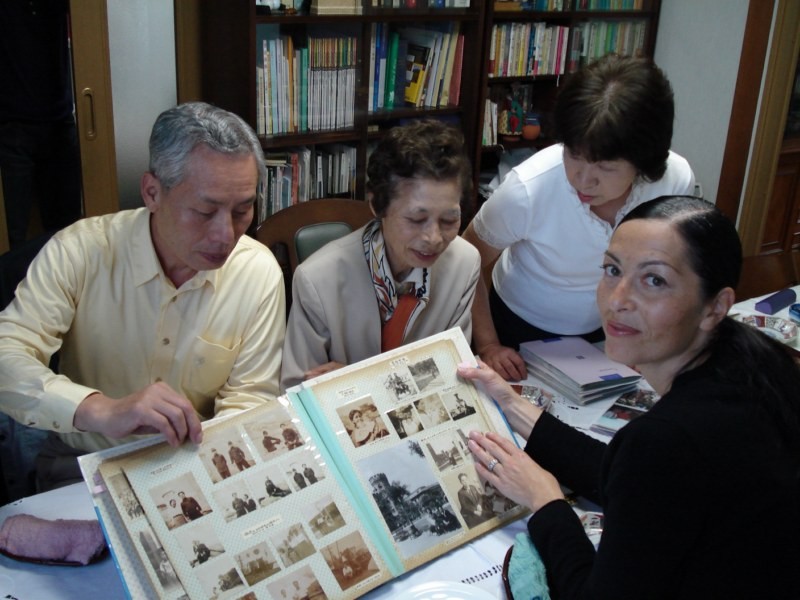 In the family home in Yokosuka .Masamichi Okamoto  my cousin, Masako next to him is translating for us . 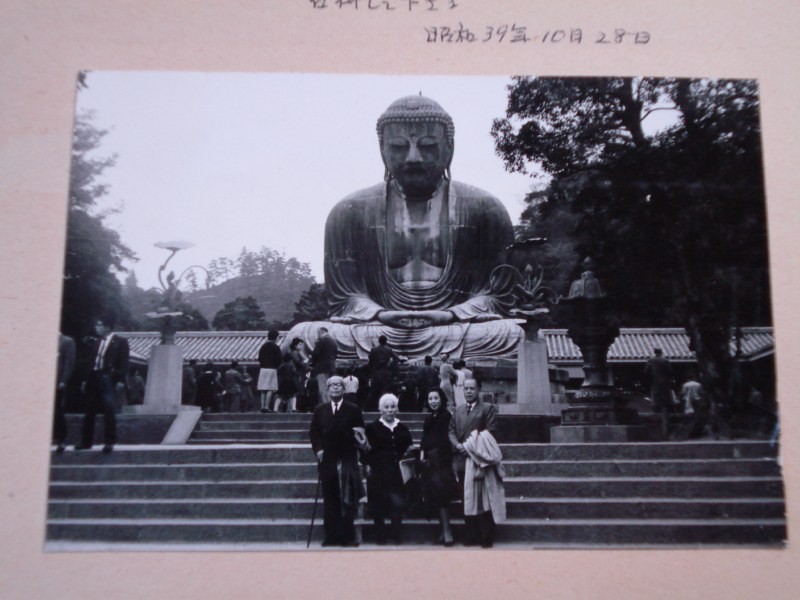 In front of the giant Buddha of Kamakura .

Same place …some 40 years later . Us with Masako , Masmichi’s wife and kids 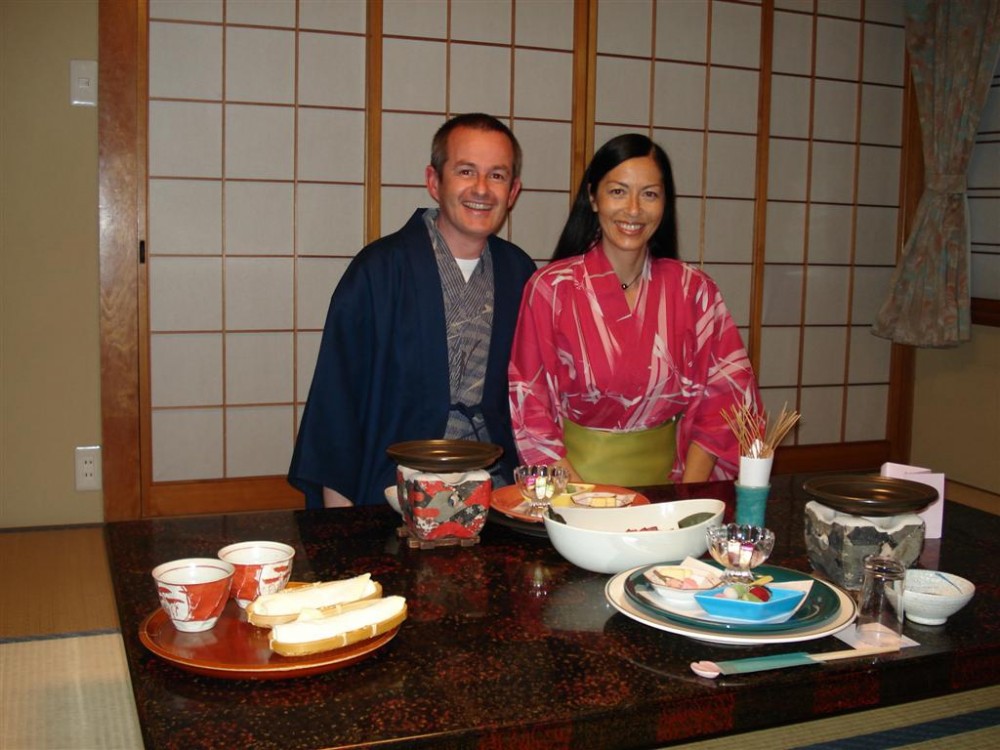 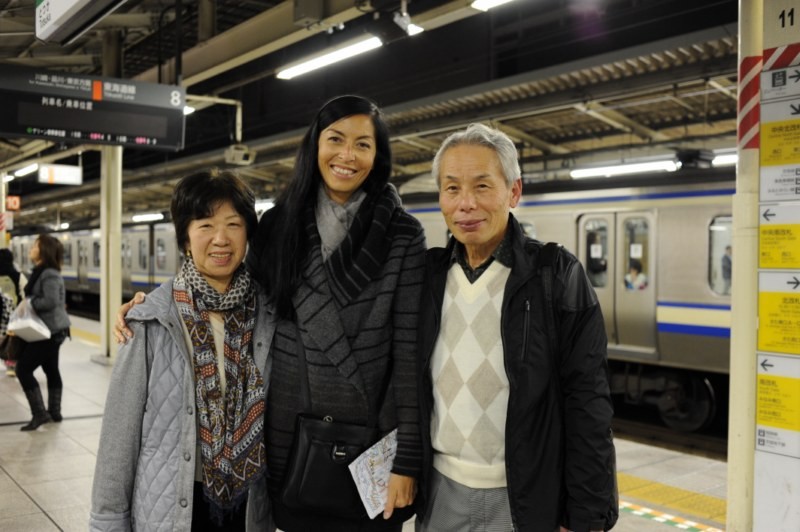 With Masamich and his wife Yasuko last fall…I can see the family genes !! 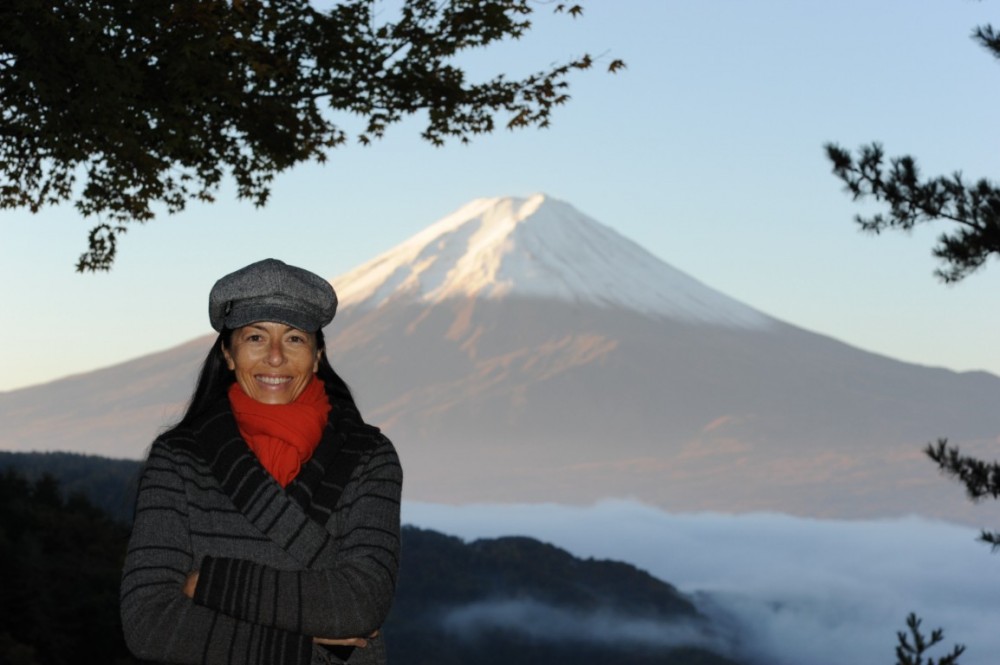 To witness the sunrise over magestic Mont Fuji was our dream and we did it !

With my mun a few years ago 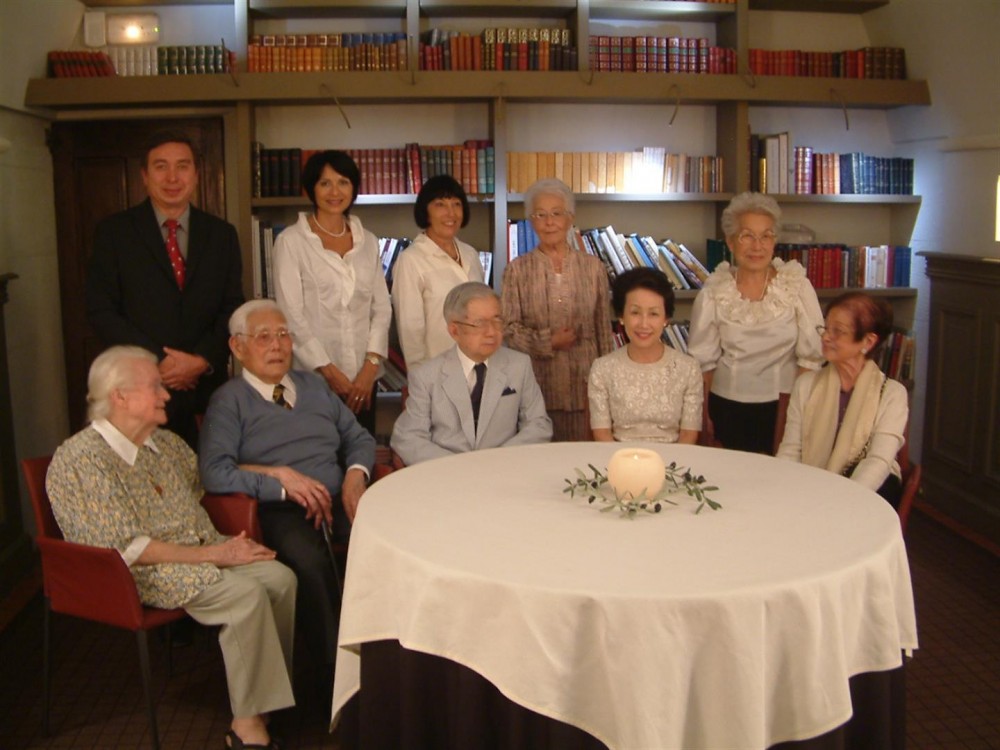 in 2007 Japanese Prince Hitachi ( Masahito ) , current Emperor Akihito’s younger brother and his wife Princess Hitachi ( Hanako ) wanted during their visit in Provence to meet my family !     It even was on Japanese TV !! On the left my oldest uncle Toshi and his wife , the Prince and his wife and far right one of Mr Carpentier’s daughter Aimee . Behind her , my mum and on her left an other of Mr Carpentier’s daugter Renee with her daugter . Left are my cousins Francoise       ( Toshi’s daugter ) and Alain ( Pierre’s son ) 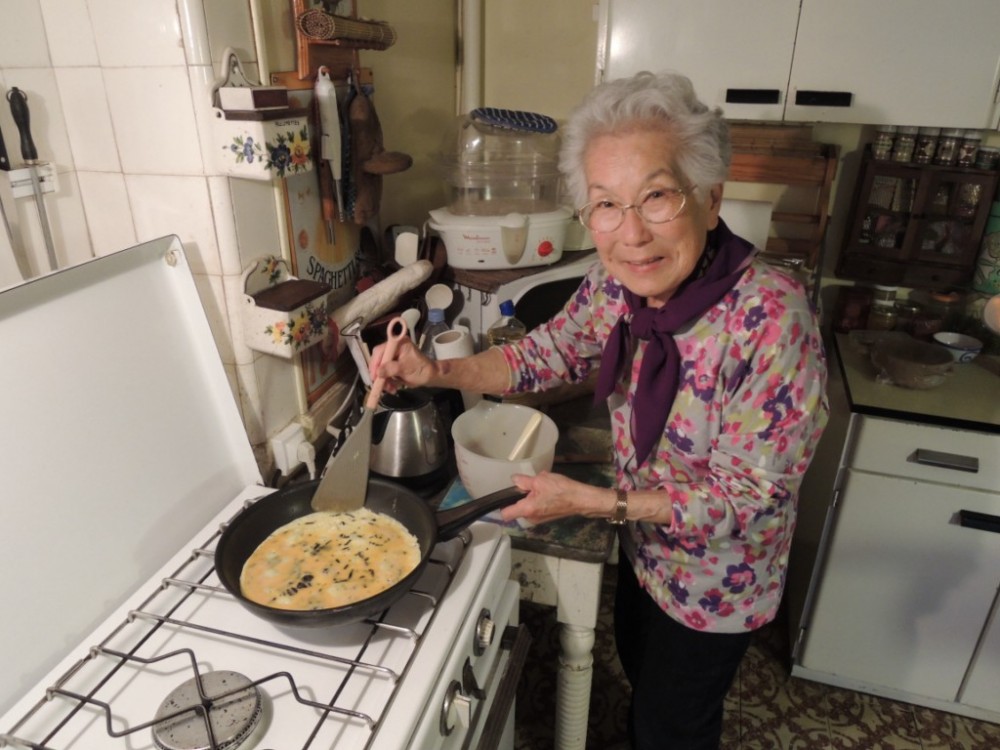 My mum making a black truffle omelette for lunch ….

And sushis for dinner !

Growing up in Provence, we have over the years discovered the source for the finest lavender, the best soaps and linens, and the most unique pottery our region has to offer. In 1996, we opened Maison en Provence in San Diego, California, where we offer an outstanding selection of authentic products imported from France. Each piece has been specially selected by us to represent the finest arts and crafts of Provence. You don't have to travel to the south of France to feel on holiday in Aix en Provence! Just come and visit us in the beautifull Mission Hills area of San Diego. View all posts by Maison En Provence San Diego